I’ve finally conquered decision fatigue and have most of Camp Mom 2017 booked. Today I want to share with you the Camp Mom 2017 lodging details and pricing and lessons learned. In this post I shared the planning process and transport options we chose.

We land in Santiago late then take off the next morning for Iguazu Falls Argentina. The first night I have a room at the Holiday Inn SCL for 20K points. The IHG points are due to last year’s Priceless Surprises promotion. The cost was 40 stamps and our time, but I’ll value the points at .7 cent each. 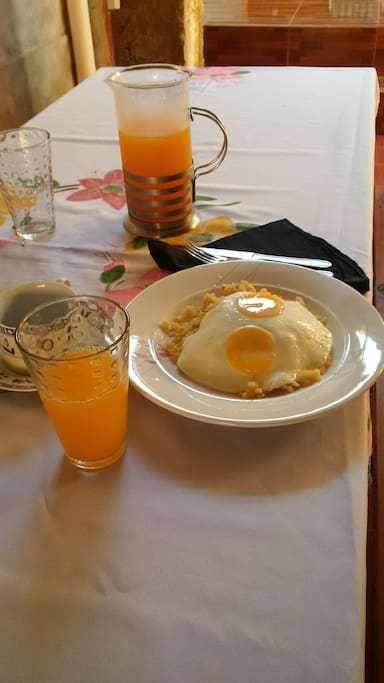 It may not be a globalist breakfast, but it’s made by a chef and we paid $44/night for a two bedroom cottage.

Our original intention was to stay at the Sheraton Iguazu falls at 12k SPG points a night. The Sheraton is the only hotel within Iguazu national park but the property gets mixed reviews. However, even as a Platinum we needed two rooms for a whopping 24K points a night!

Plan B is a well-reviewed AirBnB for $44 night. This is my first AirBnB booking and I was surprised how much they’ve graduated from couch-surfing to a viable family option. For 1/10 the cost we get a two bedroom cottage and a host who will pick us up at the airport. The fact that she’s a chef and cooks dinner for a nominal fee is a bonus.

In Buenos Aires I faced the same two rooms problem we had in Iguazu. The alternative is to rent a 3 bedroom historic “casa chorizo” (sausage house) for $100/night. Is this even close? I reached out to San Telmo Loft, which rents out “The Guesthouse” and a number of other charming properties and am excited to review a sausage house! San Telmo is an up and coming neighborhood as opposed to the more well known Palermo and Reloceta. It’s famous for a Sunday market which we’ll be able to see on our visit. 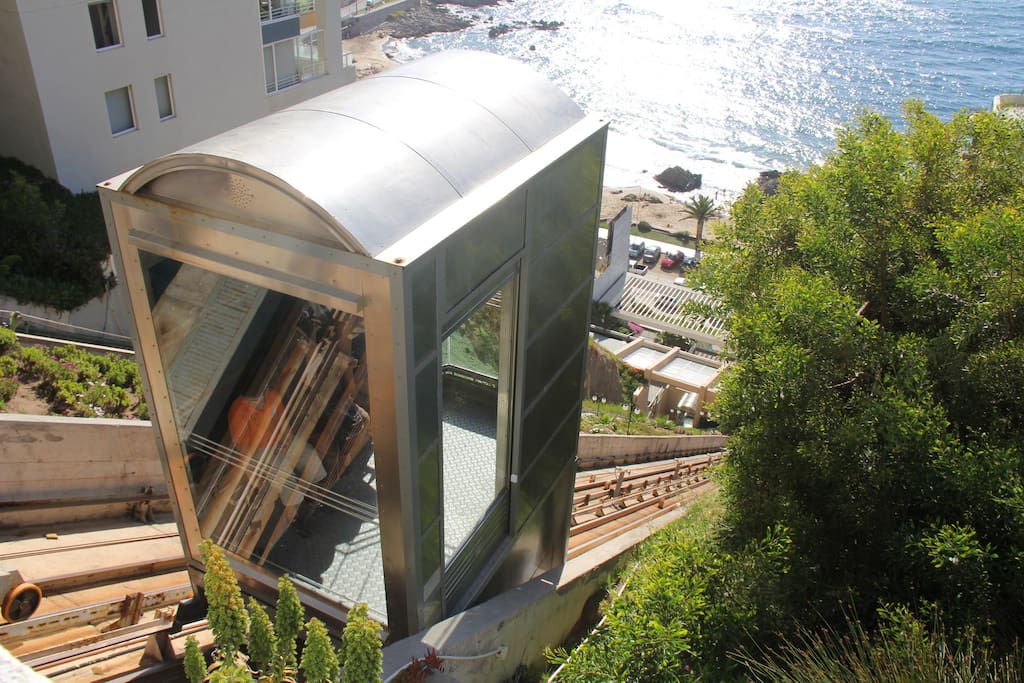 Yes, that’s a private funicular to the beach.

The first decision to make was whether to stay in Valparaiso or in Vina del Mar five miles down the road. Valparaiso is more traditional but also a bit more scruffy while Vina del Mar is polished to a high shine. My guess is that it will resemble Boca Raton.

I decided that with Deal Dad and the kids reliability and amenities trumped history. We can visit Valparaiso during the day and retire to luxury without worry. This is vacation, after all.

In Vina del Mar we could spend 20K Starwood points a night (again, we need two rooms for 4 people) or 50K at the Radisson. OR…we could get a 3 bedroom apartment with a private funicular to the boardwalk for $112/night. What do you think I chose? 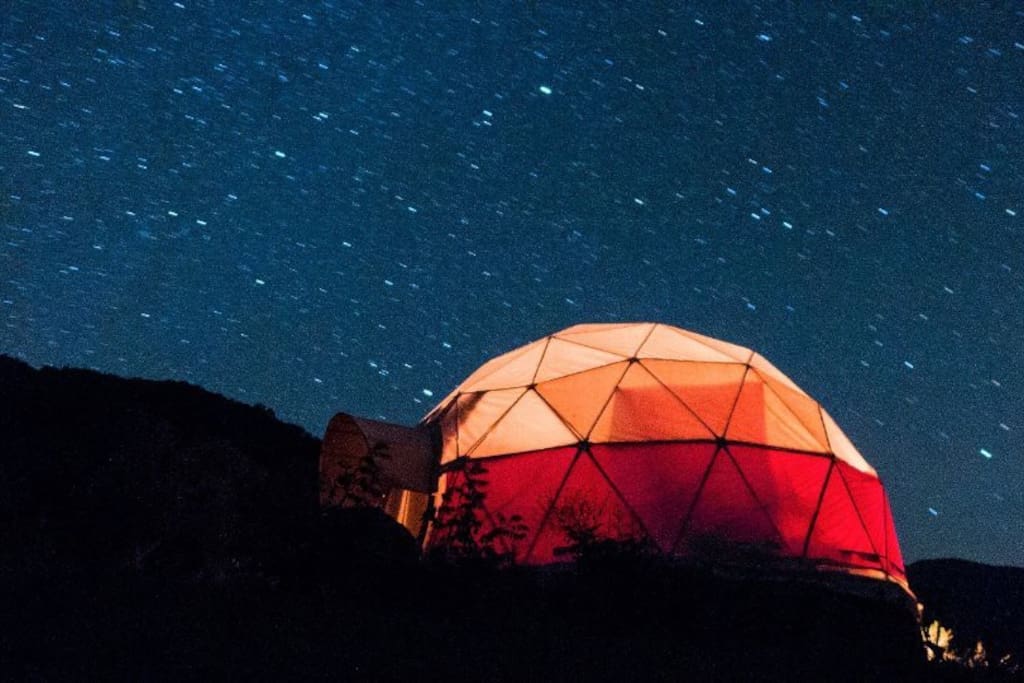 We’re spending two nights in a geodesic dome. Because we can.

From Vina Del Mar we’ll wind our way back towards Santiago. I was looking for something a bit different between two beach weeks and boy did I find it! This is as close to camping as I’ve come since I was a girl scout. I’m a bit concerned about the cold, but am really looking forward to two nights in a geodesic dome found on Airbnb. At the least it will make a heck of a blog post!

In La Serena I found an absolute steal on a well rated condo blocks from the beach. We’re spending $269 a WEEK for the three bedroom flat. Gotta love Airbnb!

This one is still in flux. I have a reservation at a well reviewed Hostal for now but may upgrade to a more full service property.

After San Pedro we have five days left in Chile. I have an award at the Hyatt Place for 40K. That gets me two queens and a sofa bed along with free breakfast. Status counts exactly squat.

Using Bonnie rule math I’ll value most redemptions at 1.5 cents (I had originally said 2 cents but I think 1.5 is more fair). Club Carlson and IHG merit .7. However, I’m going to continue valuing accruals at a penny/ 1/2 penny for simplicity’s sake.

We’re spending an average of $100/night on lodging, which surprised me. Some of that is my choice but a lot of the decisions were dictated by the market.

The first two weeks of the trip are more accurately named “Camp Mom and Dad”.  Once Deal Dad leaves I’m on the ground with the Deal Kids for 19 more days. I’d love your input on things to do, etc.