I’ve had some stuff on my mind lately and I’d appreciate your input. Before I lay out my thesis, let me reiterate some north star principles I try to follow:

My thoughts coalesce around two separate, but in my mind related, events.

How are those related?  Let me explain. 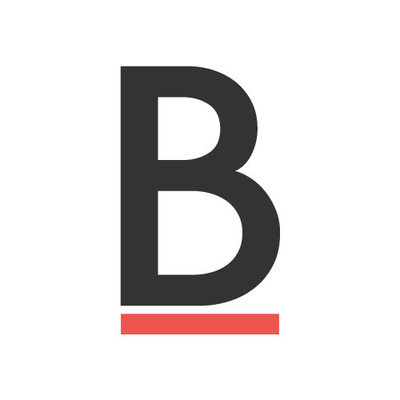 Marriott PR is playing cleanup around the IT issues surrounding the merger. That’s what any good PR would do.  However, I question the way they are going about it: a hosted press trip for influencers to Hong Kong. I’ll let you read about the trip details for yourself, but highlight this paragraph from the invite:

As a guest of Marriott during the 5-day trip, you’ll travel like a Marriott Bonvoy Titanium Elite member, with VIP concerts and sporting events, dine at Michelin starred restaurants, and explore the city with Marriott Activities.

That part sticks in my craw as a Marriott Bonvoy Titanium Elite member. I’m lucky to get a cup of coffee and a view upgrade from parking lot to air conditioner with my benefits.  It’s one thing to do a press junket but another thing entirely to dress it up as a typical customer experience.

Customers, and readers, know when they are being lied to. One look at the Bonvoyed.com website shows you that insta-stories of a bikini model #livingmybestlife will do nothing to address the issues customers face.

And as an aside, Bonvoyed is the new Vendomed. I can’t believe that no one at Marriott saw this coming. Not paying $12.95 for the domain name was a huge fail. I’ve said for years that loyalty programs need a white hat hacker on staff and this is Exhibit A.

Apparently this is a thing.  A feminine hygiene brand did a study and a percentage of tweens and teens are staying out of activities because of lack of access to proper products. They are giving product to charity to help #endperiodpoverty. OK, noble cause, right?

Well, here’s the thing: one way the company decided to promote their charitable efforts was by paying mom influencers on Instagram. Some photos are of adult women. Those women choose who they promote and obviously providing poor people with necessary supplies is nothing to be ashamed of. However, other photos (ads) feature pics of tweens #livingmybestlife along with a message about ending period poverty.

Have these moms never met an 8th grade boy?

Deal Kid’s friends have followed me on Instagram since he was 12. They went through my stream and pulled out pics from when he was 7. Needless to say, Deal Kid was not amused. But it went farther than that. They started calling him Deal Kid and started saying “Deal Kid does not approve” whenever he got annoyed with their sharing his (my) photos.

It even got to the point where I posted a photo last year of myself enjoying a beer while he shopped with his friends. Pretty tame, right?

Not 30 seconds after I posted this pic I got a text: “MOMMMMMMMM!!!!!!!!”. He had received no fewer than five messages from his friends telling him that I had posted something about him. Needless to say, these days I post pics of Deal Kid only with his permission and sparingly at that.

Deal Girl is now 12. I travel with her more often so she gets more pics posted than Deal Kid does. Even so, I only post photos with her express permission, and never for ads. I certainly don’t post her photos for a maxi pad ad. If I won’t sell pads, why should I expect her to?

I think we can all agree that ages 12-14 are about the most awkward of our entire lives. Most tweens I encounter want desperately to blend in. Why on earth would a mom choose to paint a scarlet letter (pun intended) on her daughter?

I did some research on the mom blogger network that recruited the maxi pad tweens and found out the fee: $275. My first thought? $275 would barely cover the first hour of therapy my kid would need after suffering endless taunts about being turned into an Instagram maxi pad model by her mom. Talk about Mommy issues!

The Common Thread With Influencers

Both are attempting to encourage goodwill around a topic that people find uncomfortable. In Marriott’s case it’s a matter of cleanup and in period poverty it’s a topic not discussed around the kitchen table.

In both cases PR are using influencers to spread the message, but in ways that could have consequences for the influencer. Bloggers who promote Bonvoy without addressing the “noise around the edges” risk losing credibility. Moms who sell their tweens’ images in a possibly embarrassing way risk losing much more.

And finally, in both cases the influencers choose who they bring to the dance.  There’s a simple way they could prevent putting themselves in this situation: by just saying no.

13 thoughts on “Some Thoughts About Influencers”