We traveled to Southeast Asia in February. We chose that month specifically based on weather in Thailand.

We began our trip by flying Cathay Pacific business class from JFK to HKG (redeemed Alaska miles). We originally booked an EWR-HKG flight but we missed the flight due to a weather delay. The 15 hour flight was uneventful and a nice way to experience Cathay Pacific’s world famous in flight service. The food was really good. 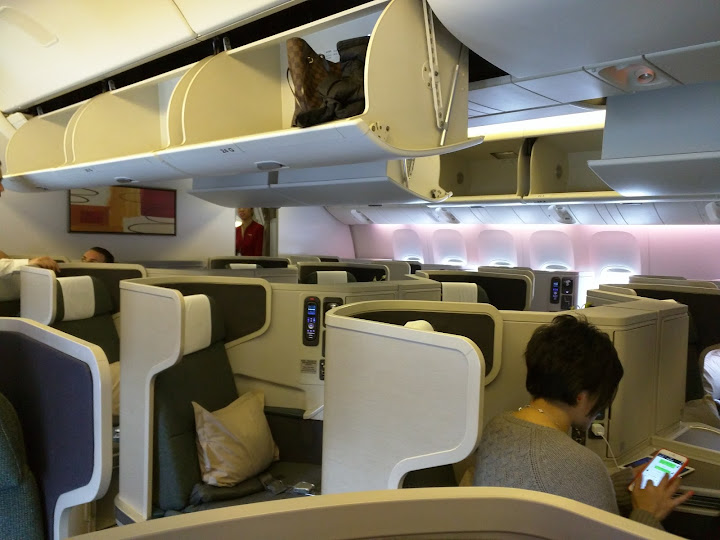 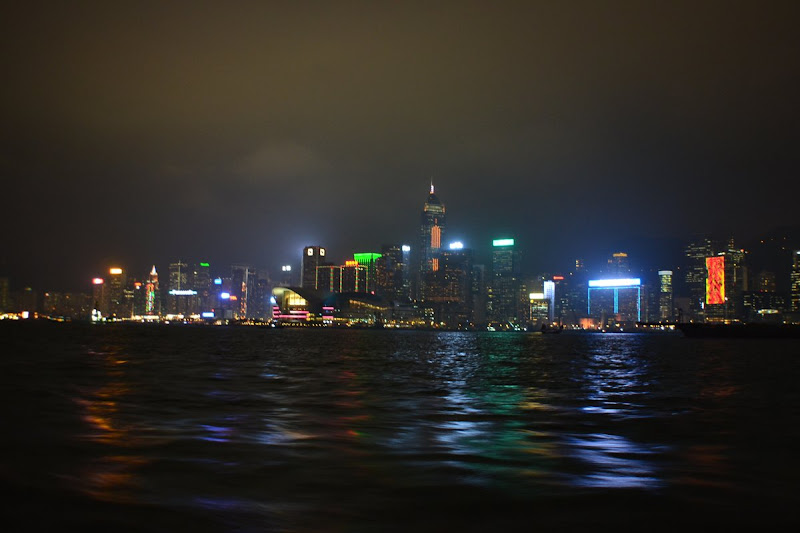 Upon arrival in Hong Kong, we checked into the Grand Hyatt where our room was located on the 31st floor (Grand Club level). This was a points award redemption as a Diamond member. The room had an upgraded view, but it was not a suite. We enjoyed the hotel. The Grand Club offers a nice breakfast spread and a lovely evening reception with complementary high end liquors and appetizers. Even better than the food was the excellent service by the staff there. They truly went out of their way to make guests feel special. 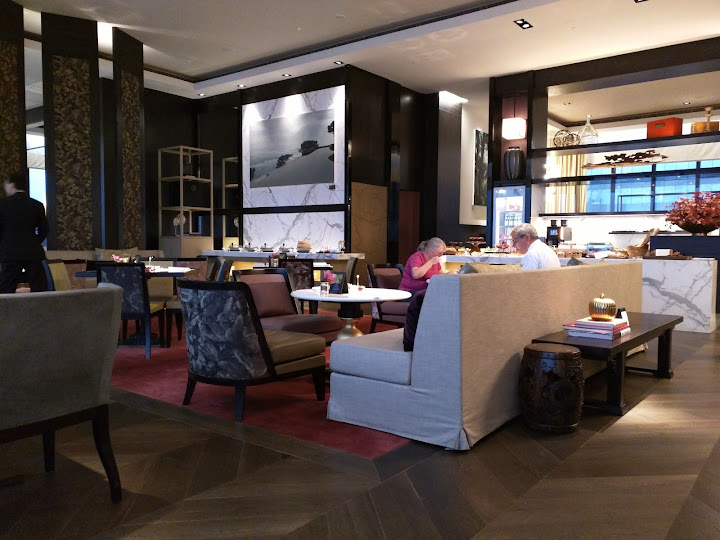 We spent three days in Hong Kong where the highlights included:

Ladies Market
Victoria’s Peak
Star Ferry
Tim Ho Wan – the cheapest 5 star Michelin restaurant in the world
Ozone Bar – highest bar in the world
and having a suit custom made!

By making using of a stopover, we continued on with Cathay Pacific to Bangkok, Thailand with just enough time to catch a Bangkok Airways flight to Koh Samui. Bangkok Airways is like the Southwest of Asia. We spent four days in Koh Samui based out of the Sheraton Samui. We have Gold status with SPG but don't think this did anything for us.

We kayaked Ang Thong National Park and learned how to make Panang curry in a cooking class at the Samui Institute of Thai Culinary Arts (SITCA). Samui is a beautiful island! 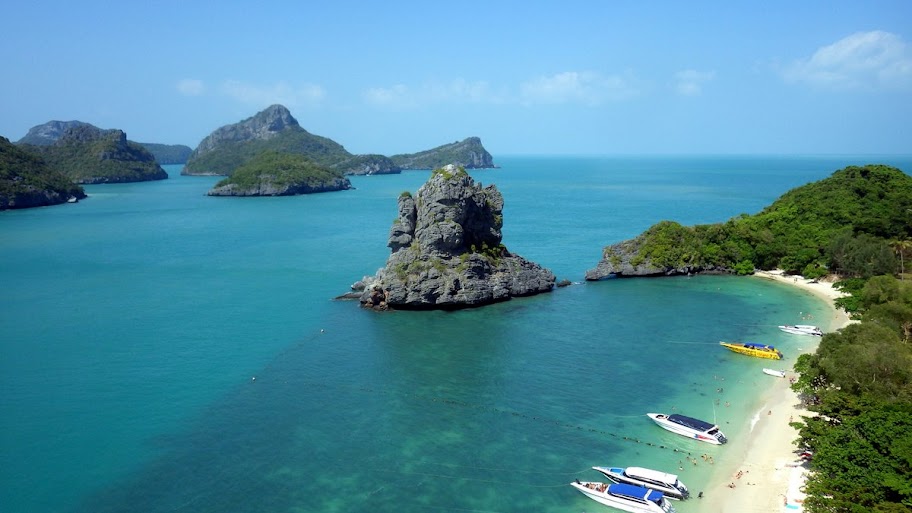 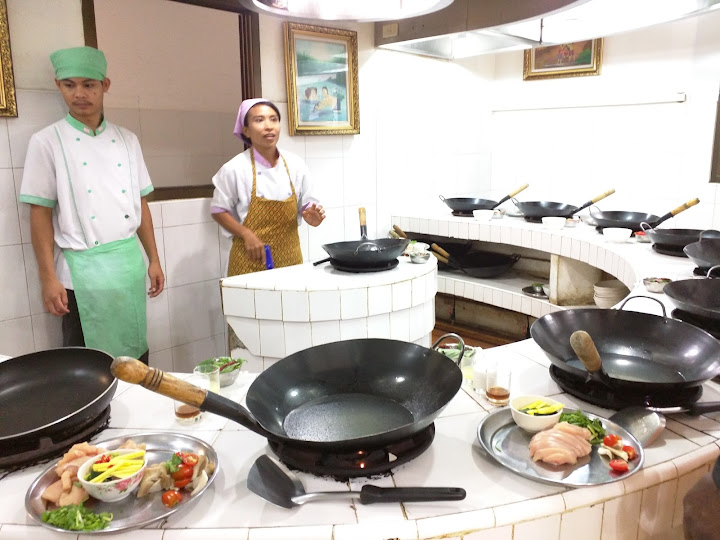 After our time in Samui, we headed back to Bangkok for three days. Our home base in Bangkok was the Radisson Blu and it’s in a great location for getting around the city easily. Nice, up to date hotel and breakfast was pretty good and inexpensive.

We really enjoyed a night bike tour of the city by Grasshopper tours. The tour is about 10 miles total and takes you through an amazing flower market, with a stop to enjoy Thai street food. 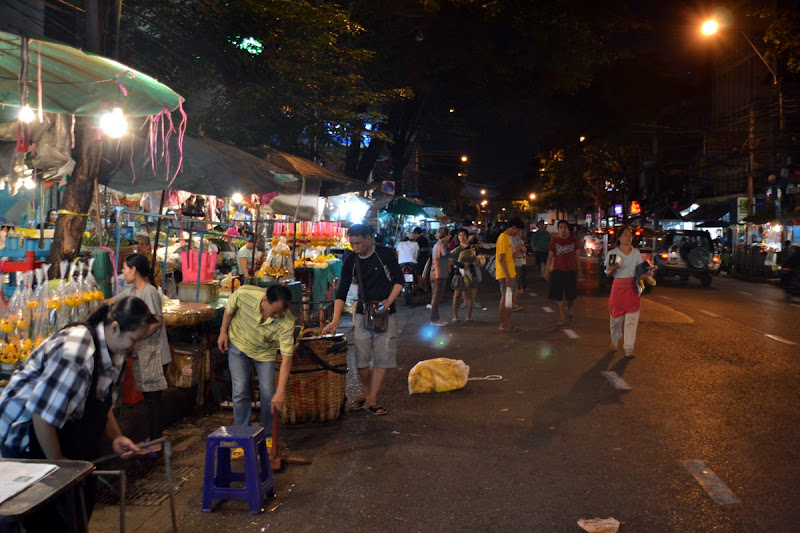 We also visited Tiger Temple (we booked a private car tour to get there), the floating markets, and had Thai massages pretty much everyday. The massages were only $9/hour. Traditional Thai massages are a bit different from the massages we are used to having in the States, they involve more stretching and no lotion or oil. 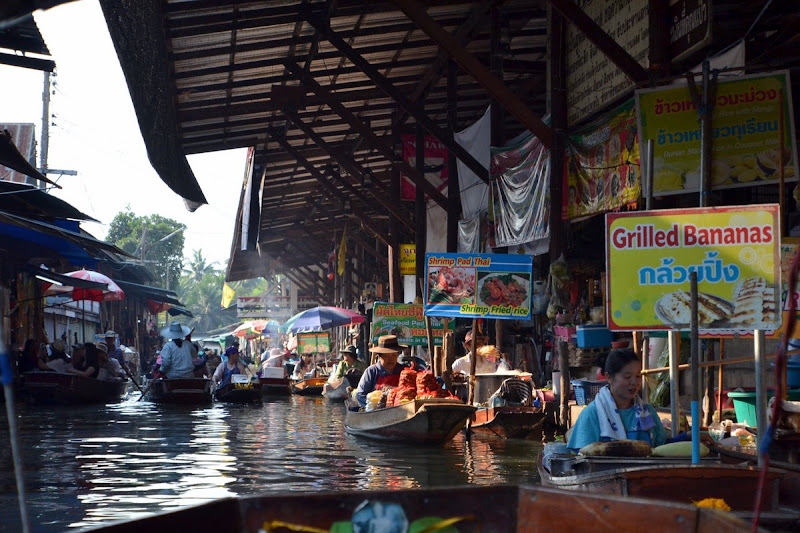 After three days in Bangkok, we flew Japan Airlines business class to Tokyo where we just spent the night.
The next day we flew Tokyo to Chicago in Japan Airlines first class which was quite an experience in itself. It was our first time trying JAL’s first class cabin and the service was fantastic. Upon arrival at the airport, we had people rushing to take our bags from us and the JAL first class lounge in Narita is lovely and offers massages too. JAL’s first class cabin is called the Sky Suite and offers a choice of a soft or firm mattress for sleeping. Really nice! 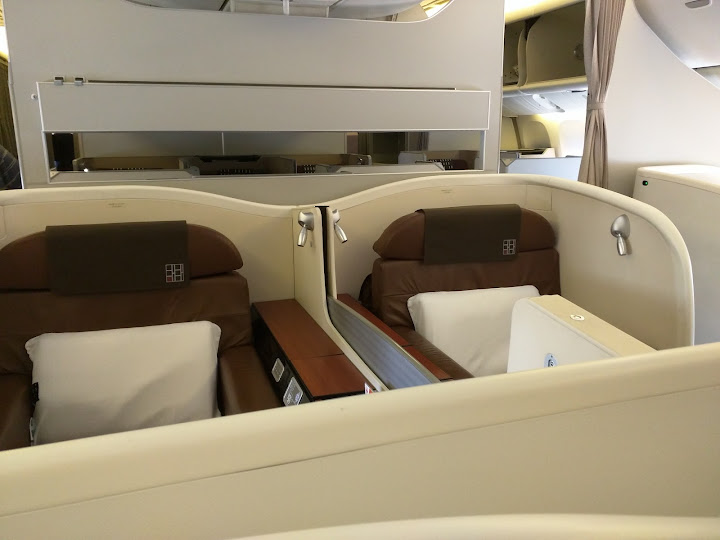 Thank you for sharing this! We are taking the same CX flight JFK to HKG in November, but then on to Siem Reap. We have a couple of nights in BKK at the end of our trip - thank you for your experiences!

Suzie said:
Thank you for sharing this! We are taking the same CX flight JFK to HKG in November, but then on to Siem Reap. We have a couple of nights in BKK at the end of our trip - thank you for your experiences!
Click to expand...

Have a great trip, although I think it will be HOT! Massages everyday!

stellar said:
Have a great trip, although I think it will be HOT! Massages everyday!
Click to expand...