We spent 5 days in Maui at the end of May/beginning of June. We flew to Maui from the West Coast and planned the connection to try out Amtrak’s Pacific Surfliner in business class. We flew Southwest Airlines into LAX and took the two and a half hour train ride down to San Diego. Looking back, I think the train is cool and all, but I wouldn’t make a special effort or go out of your way to take it. Only one hour of the trip is scenic.

We flew Alaska Airlines economy class, exit row, from SAN to OGG. The flight departed at 7:30 am and looking back, THIS was a good decision because we had a good night’s sleep the night before and arrived in Maui ready to go at 10:30 am.

We stayed in Lahaina at the Hyatt Regency which is about 45 minutes from the airport. This was a points + cash stay as a Diamond member so we had the Lahaina suite. The suite is two rooms, living room and bedroom, with two balconies, but only one balcony is big enough for chairs and sitting. The other balcony just has room to stand. Our suite was in the Nipali building which seems to have been renovated recently, unlike the main building. 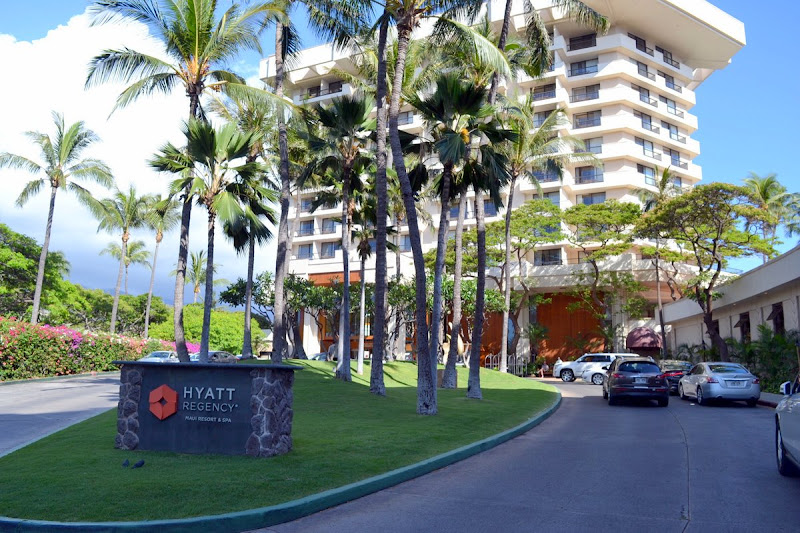 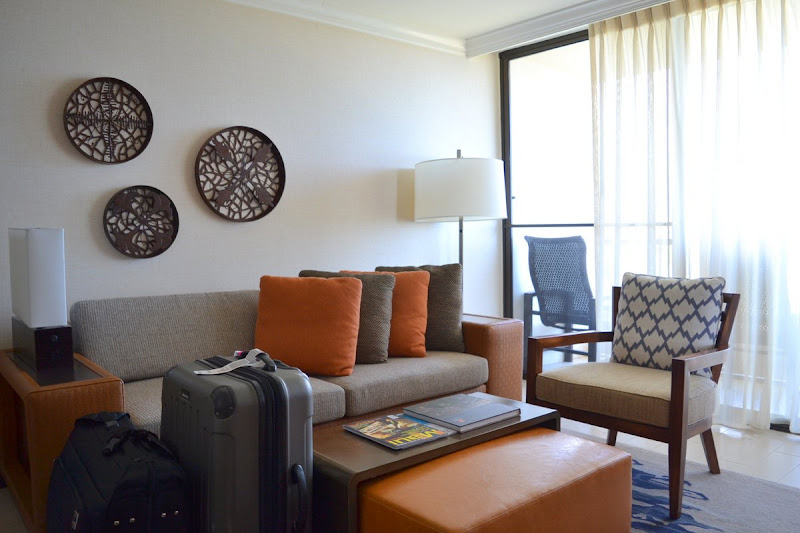 Upon arrival and check-in at the hotel, everyone gets a fresh orchid lei, which is a nice touch!

The Regency Club was fine: not terrible and not fabulous. They had nice appetizers in the evenings, but alcoholic drinks were not complementary ($5 charge for wine). Breakfast was decent: fresh fruit, cold cuts, breads, and one hot item (scrambled eggs, oatmeal, etc).

The grounds at the hotel are pretty, they have penguins and parrots in the open air lobby. The beach is not expansive and while I was there they were doing some sort of renovations and some of it was covered up. The pool area is great with lots of variety and there are plenty of outdoor shower spots to rinse off sand from the beach. 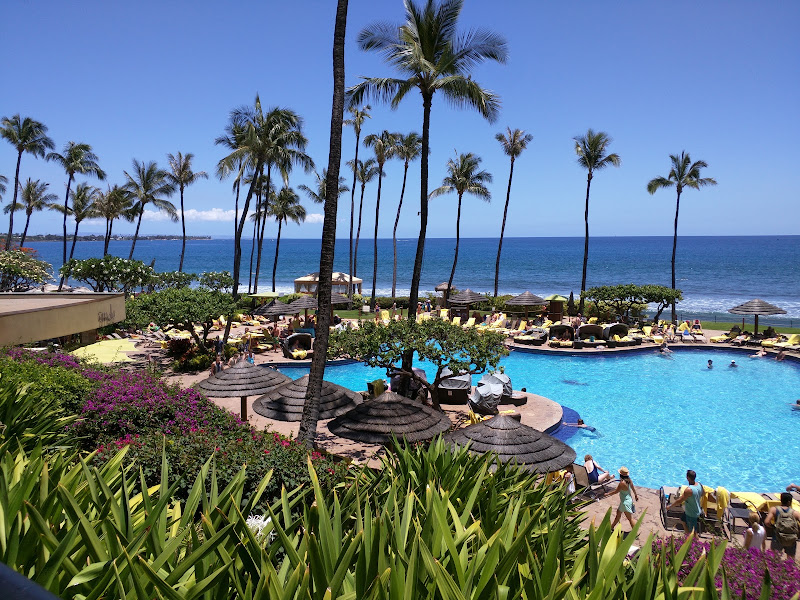 As far as excursions, we went on a snorkeling tour to Molokini with QuickSilver. I recommend it!

12 of us booked the Road to Hana tour by Valley Isle Excursions. We enjoyed the tour, our driver Joe did a good job and was pretty funny. The lunch left a little to be desired. Food portions were pretty limited. The views and sights lived up to the hype and I thought this was the way to go - versus driving ourselves!! 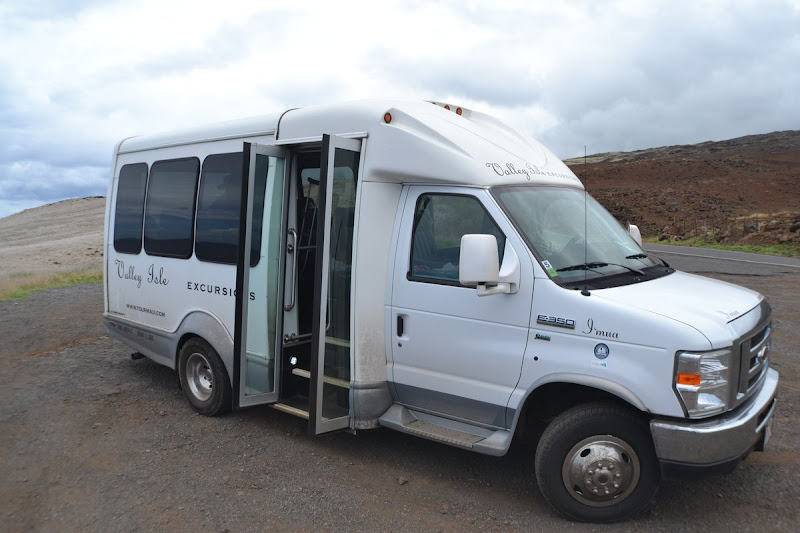 We also enjoyed Lahaina Grill for dinner, Maui Wine, and Hali’imaile Distilling (pineapple vodka) and some in our group went deep sea fishing. We attended the Old Lahaina Luau and I would recommend skipping this one and choosing the Drums of the Pacific show at the Hyatt instead just due to the fact that the Hyatt luau has fire, which we all thought was sorely missed in the Old Lahaina Luau. 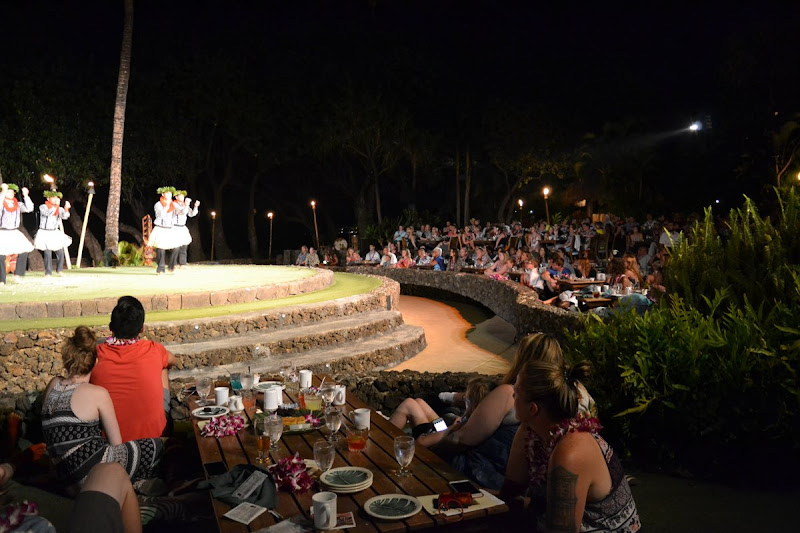 Returned to the mainland on a red eye Delta flight to LAX in first class and really enjoyed the service on that flight: food was good and attendants were attentive. Returned home from the West coast via Southwest. Overall, go! Maui is beautiful!
Last edited: Jun 22, 2016

We just got back from Maui ourselves this past Sat. We splurged and went first class, stopping in SFO both ways. Also splurged and used 240k Marriott pts to stay at the Ritz! It was a great vacation, didn't spend as much time at the Ritz as we would have liked, but can't complain for a 10-yr anniversary trip!
You must log in or register to reply here.
Share:
Facebook Twitter Google+ Reddit Pinterest Tumblr WhatsApp Email Link
Top